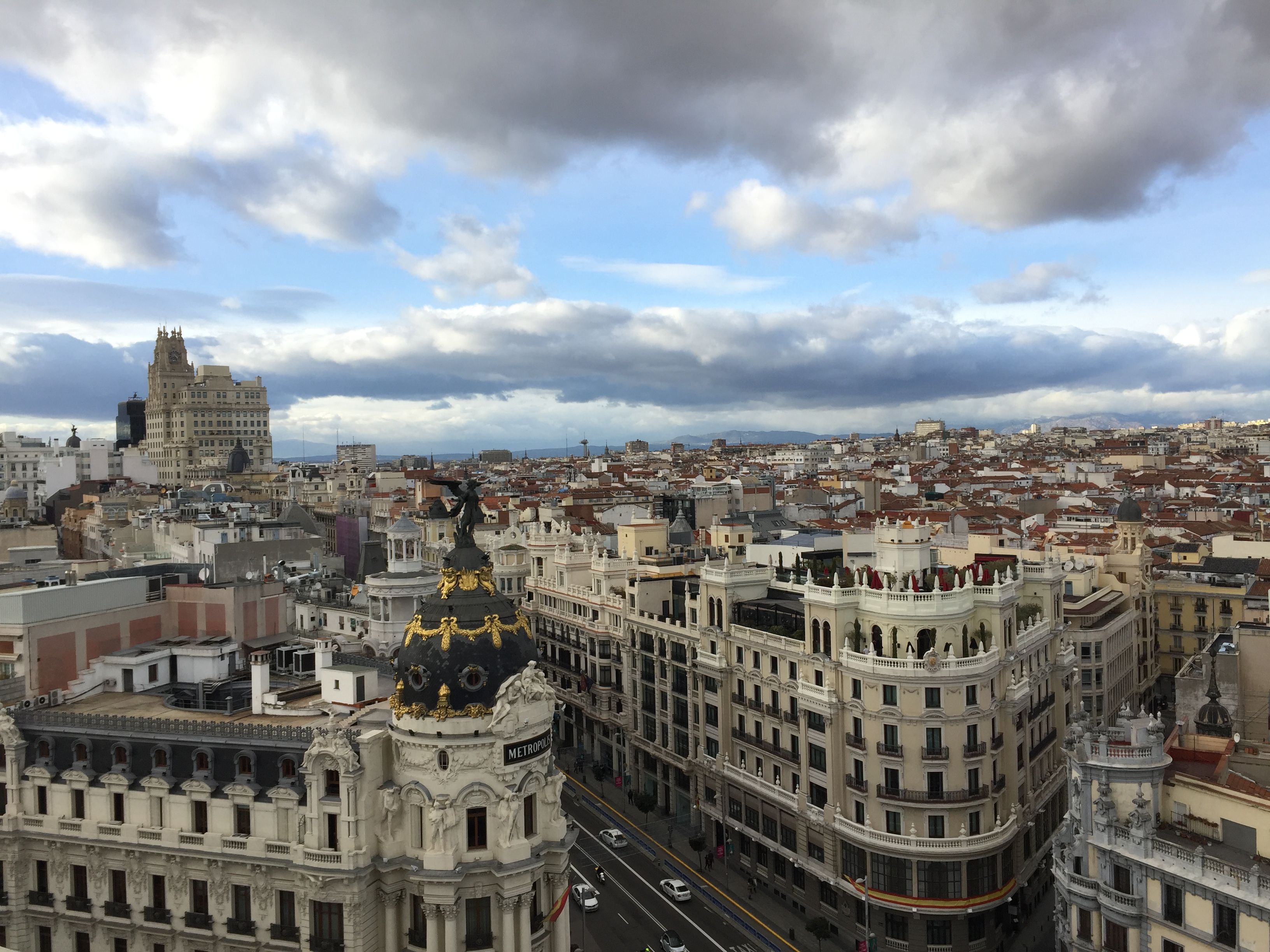 In Spain there are already almost a million foreigners who come to our country transferred by their companies or to look for a job and make their dream of living in such attractive places as Barcelona, Madrid or Palma de Mallorca come true.

There are also many who come and stay to spend their beautiful retirement years in the sun.

The largest community are the British with about 300 thousand people living in Spain, followed by the Germans, Italians, French, Dutch and Swedish. These groups of foreigners are called Expats (Expatriates) internationally.

This phenomenon is not unique to Spain, today most countries make up a beautiful map of different nationalities.

There are many people in Spain who have not yet realised the impact this phenomenon has on the culture and economy of a country.

Many other countries have assimilated this metamorphosis much earlier than here and their businesses have been adapted for a long time to these communities.

In Spain there are still many businesses that lose opportunities for growth because they don’t know how to reach these international groups. Even though it’s not that hard to do.

Why miss the opportunity to differentiate yourself from the competition, knowing how to reach all audiences and not just nationals?

Having been an Expat myself in three different countries I know the difficulties that these communities go through when they land for the first time in their new country of residence.

And how much they appreciate some small things that can make the difference by which to opt for your business or the competition.

1. That you don’t look at them that way when they don’t speak Spanish very well

Many of these people have just arrived in Spain transferred by their companies where they only speak English.

Some of them will try to learn Spanish quickly to better adapt to the country but there will be many others who fail to get to it, either because they are very busy with their jobs or because they know that they will only stay in Spain for a few years, until their assignment ends.

There are also many retirees for whom learning a new language can be very hard.

They didn’t learn a language when they were 20 years old but you expect them to learn one when they are 60!

Therefore, don’t be so demanding with the Expats who live in Spain and don’t speak Spanish.

This would be the case for many of us in the same situation.

Because of the age or a temporary situation, it isn’t that easy to learn a new language.

On the other hand, English is the international language and second language of many countries which have realised that speaking English facilitates communication and is great for the economy, such as Holland, Portugal or Montenegro.

Okay, there are people who say that English is the language of money and that’s why it has become the international language. But in reality, we have to be happy that it’s English and not French.

The latter had all the ballots to be the international language a few years ago. Imagine, French with its grammatical complexity and those words of 8 letters of which only 4 are pronounced.

I know this because of my own experience. I have worked 8 years with French clients and even using the Outlook checker it took me, what felt like, centuries to write a decent email in French.

English, on the other hand, is a very easy language, straight to the point, which uses only three verb tenses and where the subjunctive doesn’t exist. In fact, for native English speakers it’s very difficult to understand this verb tense since it’s totally alien in its grammar.

In order to give you more evidence that English is a very easy language, I’ll tell you an anecdote.

During my years working in a multinational, I sometimes helped with translating the texts which appeared on the boxes of the products from English onto Spanish and French.

For this we had a very limited space, maybe there were 3 lines in English and yet the translation in Spanish or French took 6.

In these cases, you had to use your creativity so that the text would still make sense whilst also staying within the size limitation of the box.

That is why it makes a lot of sense that English is the international language, and that it has become the essential tool for communication among all the nationalities of the world.

A country’s own culture doesn’t die no matter how much a second language is spoken. To prove it, there is the case of the Netherlands for example.

In the Netherlands, almost everyone speaks English to a very high level although the first language continues to be Dutch. However, they understood long ago that speaking English opened the doors to the world.

2.That you understand they hang out more with each other

This happens to everybody, no matter where they come from. Also Spaniards living abroad hang out more with each other. Big lunch celebrations, football matches, dancing evenings, etc.

Many people want to feel at home when abroad and they feel this way when they are among their own and speaking their own language.

Moreover, Expats are not only surrounded by people from their own country, but also by other Expats of different nationalities because they have many things in common.

They don’t feel 100% from the country where they reside and they have the same difficulties when they arrive to the country of residence.

They need more information about, for example, how to register in social security, to look for an apartment, a school for their children, etc.

There are many Expats who are also curious about the national culture, of course, but they have difficulties finding new national friends. Because normally nationals already have a circle of friends and it is more difficult for them to be looking for new people to interact with.

However, a foreigner who arrives for the first time in a country does look for new friends, and for that reason they often find them among other Expats who are in the same situation.

Nonetheless, I’m sure that every Expat would like to have at least one national friend, because it is a source of information to turn to, a person with whom to practice the new language or simply an exponent of that new culture that they like so much.

3. That you don’t assume they were born knowing

Arriving new to a country means ignoring many of the procedures and customs of the new place of residence.

Very often Expats need more detailed information about a particular service or product, since what is the usual standard in Spain might not be in their countries of origin.

We take for granted details that many times they don’t know.

For example, what expenses are included in the rent, how often the electricity and gas bill is paid, employees’ rights, how medical prescriptions work, legal issues, dietary requirements, etc.

Therefore, it is necessary to provide them with more detailed information and, above all, be prepared to answer their questions.

A business that has planned this need for further information will have more international customers since it meets the demands of this community.

It’s clear that if you want to also sell products or services to Expats you need to have your website in English. And please, don´t translate it with Google!

Invest in a good copywriter who writes in international English so Expats understand what you offer and feel related to your business.

You need to talk directly to them, put yourself in their shoes.

Surely those who have lived abroad know what I’m talking about.

Living in a country other than the country of origin is not easy at first, even if you have chosen to move freely, adapting to a new country brings along many challenges.

Expats will choose those businesses which will make their lives easier.

Those businesses which provide enough information, whose websites they can understand without having to translate word by word and are able to explain why that product or service is the solution to their problems.

5. That you talk to them slowly if they are learning Spanish

If an Expat tries to talk to you in Spanish, make an effort to understand and speak slowly.

This makes a huge difference. It’s something that I learned in Paris when I had just moved to the city and I was speaking French.

People were always very friendly and spoke to me slowly and clearly. In the end they were grateful that a person made the effort to speak their language and they helped me gladly.

Put yourself in their shoes and remember how you appreciate when they speak to you in English, and they do it slowly, articulating each word.

How you treat your customers is going to make the difference. Nowadays it’s not enough to have an incredible product, what counts in the end is the customer service.

Nobody returns to a place where they have not been treated with kindness, because today we can all choose. And we choose those businesses that make us feel good.

The world is changing. Today it’s very normal for many people to have lived in at least two different countries throughout their lives.

If we want our businesses to succeed we have to adapt to this reality.

Don’t be afraid to offer a service in two languages, it´s the future.

I find real pleasure in crushing zombie copy that doesn’t provoke any emotion and turning it into vivid words that convert prospects into smiley paying customers.

Requirements to sell successfully abroad with your online business →