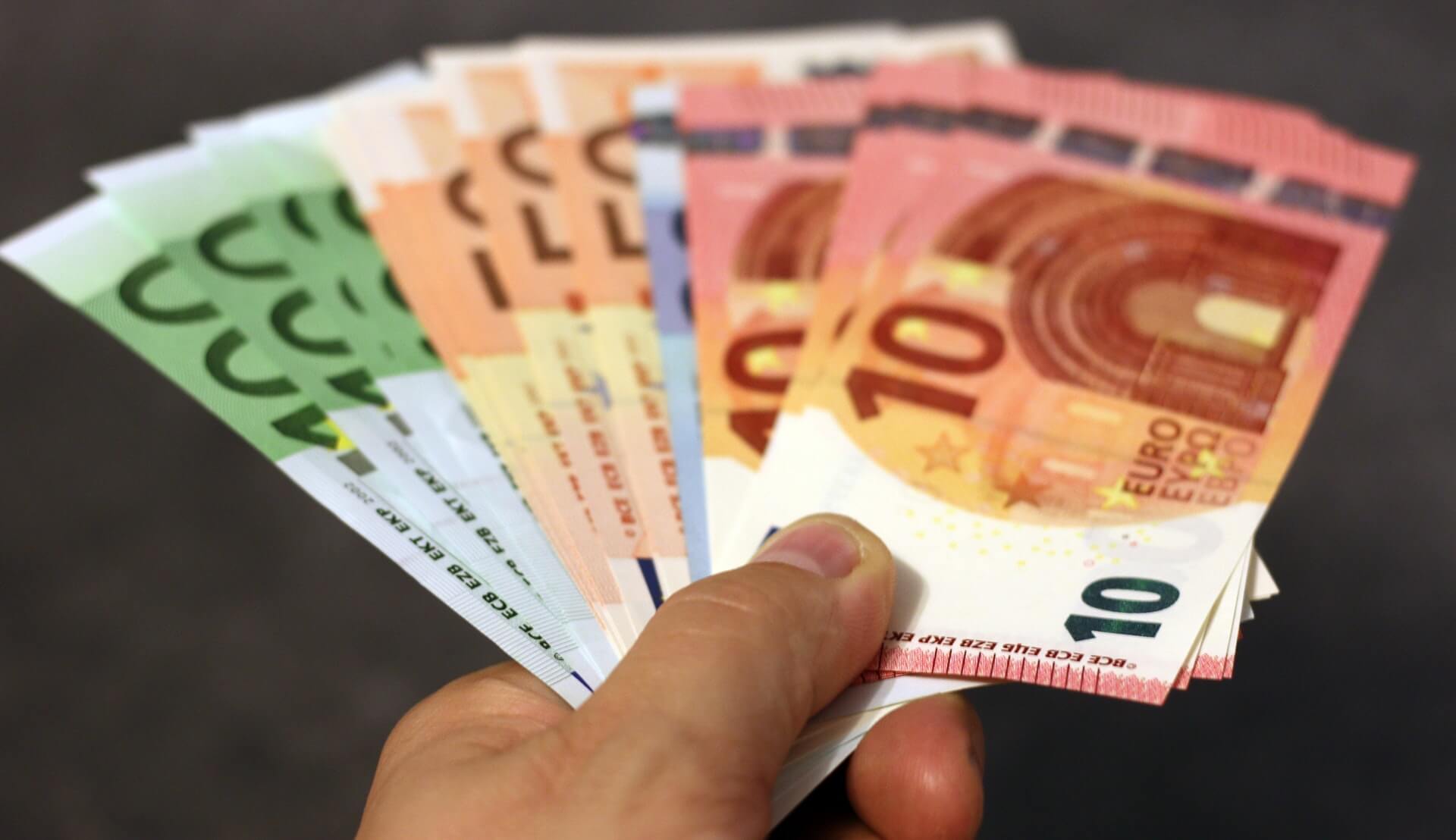 The best way to save money when translating your website

If you want to reach customers from other countries with your product or service, you have to translate your website.

There are no shortcuts here and don’t even think about relying on automatic translators like Google because the result can be disastrous.

I have very good news to give you, are you ready?

You only have to invest in translating your sales copy into one language: Globish.

Goblish is not the language of Hobbits, but rather the term used to define international English, which has already been proclaimed as the lingua franca of the 21st century.

But let’s go slowly since I see that you are losing me.

If you stay with me you will learn how you can offer your product or service to many more clients without having to spend a fortune on translations and localizations.

Let’s get into it, shall we?

What the hell does lingua franca mean?

The lingua franca is a language or mixture of languages used as a means of communication by people whose mother tongues are different. It comes from Italian, “language” + “franca”.

The lingua franca is the commercial, social, international and global language.

As you may have already guessed, the lingua franca of the 21st century is English, the popularity of which has succeeded in overthrowing the French hegemony of our parents’ time.

French has been the international language from the 17th century until more or less the 1960s.

It was the language that was used for commercial and diplomatic relations and it was also considered the language of the high spheres, the noble and rich classes spoke it in their circles in many countries.

But with the industrial revolution in Britain, many English words began to be introduced in almost every language to define the new inventions of industry.

Great Britain, and then the United States, became almost overnight the modern societies to which all the other societies of the world turned their gaze to in order to imitate.

English therefore became the language of business and gradually succeeded in overtaking French in the international relations.

English is not only the language of money as some people define it, but by its nature it’s a fairly easy language to learn due to the simplicity of its grammar.

But then, what was all that about Globish?

Globish is a term that has arisen to define English spoken by non-native people to relate to in all areas of society.

It’s a simpler English whose sole purpose is the communication between individuals.

This is, a simplified version of Anglo-American English used as a world lingua franca.

The trademark term Globish, which is just a mixture of the words global and English, was coined by French businessman Jean-Paul Nerrière in the mid-1990s.

In his 2004 book Parlez Globish, Nerrière included a vocabulary of 1,500 words.

Globish is an English without idiomatic expressions, which facilitates comprehension and communication among non-English native speakers.

This last sentence contains the most important point that I want to address: if we want to reach an international audience with our product or service, we need to use Globish, so that, not only people in the UK grasp the message, but also those people whose native language is Polish or French.

International English is also the language of the Internet and an ever-increasing number of people, both native and non-native, use it to search on Google.

According to the following graph taken from Internet World Stats, 25.2% of the world’s population uses English on the Internet, even if it isn’t their native language.

The second most used language is Chinese followed by Spanish, there are no surprises here.

What is striking about this graph is that the rest of the world’s languages that are not detailed in this graph account for only 23.7% of the total, which illustrates the fact that a large part of the population of these countries do their internet searching in English.

This is great news for what it means to you and your business.

You no longer have to spend money on translating your website and other sales copy into several languages, but translating them into Globish will be enough to reach most international markets, especially in Europe.

The percentage of people who speak English in France, Germany or Spain is growing by leaps and bounds and this is very beneficial for all societies.

Speaking English opens the gates to the world, adds more than subtracts, and we should not be afraid that English will invade our native languages.

Proof of this are the Nordic countries and the Netherlands, where more than 70% of the population speaks English fluently.

This fact hasn’t made the Dutch and Swedish languages disappear, but it has given the opportunity for companies from these countries to expand more easily to other places, or for these countries to be able to integrate in their work markets high-skilled professionals from different nationalities.

English is also a fairly simple language; verb tenses are not complicated and there is no gender in nouns.

There are methods that promise that you can learn Globish in just weeks.

Globish is not like Esperanto, since it isn’t a formally constructed language, but rather an organic dialect, in constant adaptation, which arises only from practical use and which is spoken in one way or another by approximately 88% of the human population.

According to Nerrière site, starting from scratch, anyone in the world should be able to learn Globish in about a week.

He recommends students to use a lot of gesticulation when words fail, and listen to popular songs to help pronunciation.

“Incorrect” English can be extraordinarily rich, and non-standard forms of the language are developing outside the West in forms as vivid and diverse as Dickensian English”.

However, mistakes can be made in the spoken language, but NOT in the written language.

The fact that simple English doesn’t have idiomatic expressions and uses simple sentences doesn’t mean that we can just be relaxed about committing crimes against grammatical or orthographic rules. Not at all!

A website, an article or a social media ad with spelling errors can damage your reputation, in Spanish, Dutch or Globish.

So, to avoid risk, you should always hire a good translator for your texts that doesn’t write in English for native speakers only.

In the next section we will see how to choose a good translator.

If you want to translate your web copy or your social media posts, it’s best to hire a person, native or non-native, who is fluent in English and knows how to write to sell, as well as having an international mind.

If you want your web copy to help you sell your product or service, translating literally every word from Dutch (or your local language) into English won’t work.

The translator has to be familiarised with the rules of copywriting, and the market as well, so that the words she or he uses provoke the effect we want, i.e. awaken the desire to buy.

If you want to translate your blog, you need a bilingual content writer who knows how to differentiate those words that belong to the idiomatic language (fads, slang).

These expressions are not understood in all countries and frustrate readers who don’t come from the region where that particular slang is used.

The problem with many native translators is that they don’t know how to identify slang and don’t always do a good job translating into international English.

So, in the end, it’s preferable to hire a person who is not a native speaker but who is obviously fluent in English.

And you may wonder, if I don’t speak English well, how can I identify if a writer writes perfectly in international English?

Very easy, choose something that has been written by that person and ask natives and non-natives who speak good English if they think the copy is well written.

If you search with the word “Expat” you will find dozens of Facebook groups that have been formed with international people who live in a country other than their own.

French, Germans, Australians, Swedes, who live in Amsterdam or Rotterdam and join these Globish speaking groups to help each other with advice and tips.

The world is international and it will be even more so in the years to come.

You have to grab the opportunity to expand your business’ horizon.

You don’t have to be afraid to offer your services or products to an international audience, after all the cost of doing so is lower than ever before with online shopping, online courses, webinars, and so much more.

And even more now knowing that we can save on translations and localizations.

What are you waiting for to internationalize your business!

If you want to know more about how you can have a website without borders download my free guide. In it I share several tricks to sell more to international clients.

I find real pleasure in crushing zombie copy that doesn’t provoke any emotion and turning it into vivid words that convert prospects into smiley paying customers.