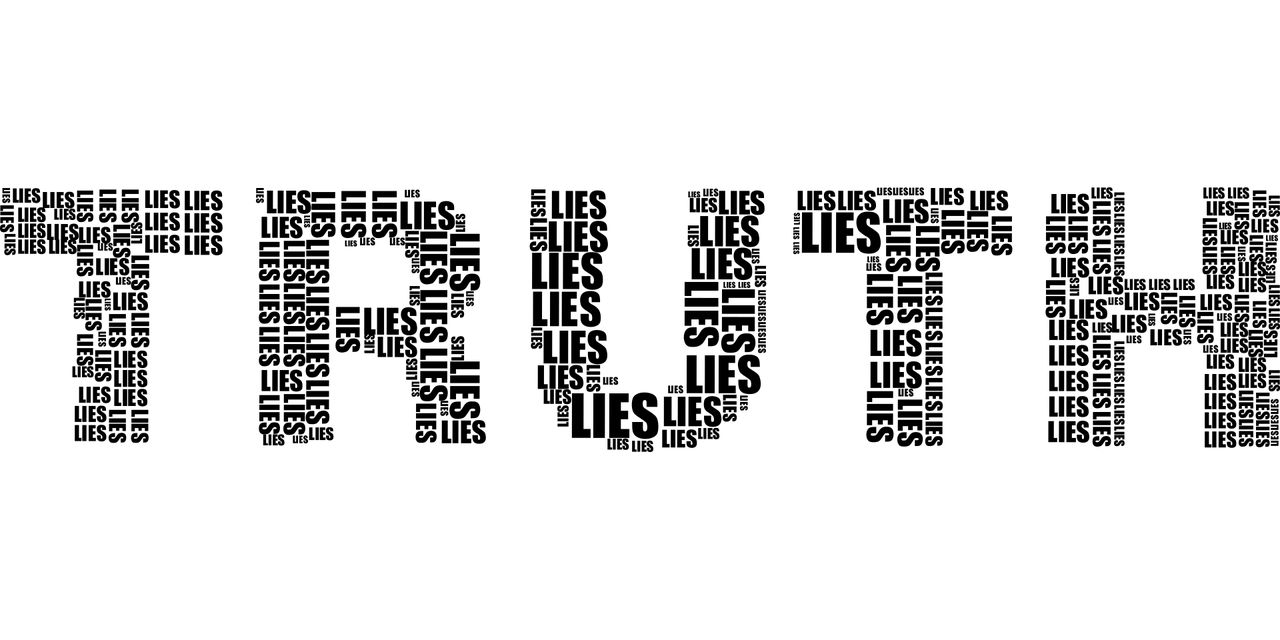 Words that don’t help you to sell

Words have an enormous power.  A wrong word has caused wars, not to mention the number of marriages that words have broken, also due to those that have not been said; so I don’t think I have to convince you of their importance when selling over the Internet.

The human being is a social animal that uses language to communicate and since its origins this has had a huge impact on people’s behaviour.

That’s why the words you choose to sell with your business on the Internet can lead to a great success or a resounding failure. Words suggest sensations, they bring back memories, good and bad, and they can nudge us or not to carry out a certain action.

So, if you want to communicate something concrete with your product or service, you need to evaluate which impact those words you choose will have on potential customers.

We will also see others which have been used so much that they have become flat and have lost all their meaning, so it’s better not to use them.

In general, the best thing to do, is to write with personality and in a clear and simple way, without too far-fetched words, so everyone can understand the essence of the message, yet avoiding falling into clichés.

In this guide I also give you examples to replace those words that are not appropriate for others that have a greater impact and help you achieve your goal: to attract the attention of your ideal customer and make her choose you.

Let’s see those tiresome words that don’t do you any favours.

I know it’s tempting to use expressions like “the best saddle for your bike” “the most comfortable mattress on the market” “the easiest app to use”, etc. because you’re in love with your product and you genuinely think it’s the best on the market.

But when a person who doesn’t know your product reads expressions like these, they become suspicious and picture a huckster talking, in the pejorative sense of the word; thoughts like “Of course, what else would you say since you’re the one selling it” and the like come to mind.

Superlatives are not credible and don’t say good things about the level of imagination and communication of the person who writes.

There are other more plausible ways to convey the exceptionality of your product without resorting to “super words”; these are descriptions of the benefits of the product or service and testimonials of customers.

If instead of you being the one who affirms how incredible your product is, it is a customer, it will already be more credible.

Because that customer has nothing to gain from it and if he says that your mattress is the best on the market, the person who reads it will take it into account and will pay more attention to it than if you say so.

Take advantage of those powerful testimonials from your customers speaking wonders about your product, and of course don’t exaggerate them, because then we would be in the same situation.

They have to be credible.

Another way to say that your product is the best thing on the market today is to provide some data and details of its features and benefits.

For example, if what you sell is an online Spanish course, you can offer data on the percentage of success in the official Spanish exams, or the fact that it’s the only course that has personal tutorials, or the average continuity with the course, to show how effective it is, since once people start it they don’t quit.

This kind of palpable data is what is going to convince the person who reads that your course is really the best thing they are going to find on the internet, and you will have more options to convince them than if you just use superlatives.

Think about what makes your product or service stand out from others and make sure you communicate it well, with tangible details.

“More than 1000 customers use it”, “More than 500 companies have already chosen us”, are expressions that we read every day on a worrying number of companies’ websites.

Rounded numbers are not credible, they give the impression that we have chosen them at random, however, if you use a real number, such as “1356 customers have already downloaded our app” or “586 companies have chosen us” it is much more credible because it’s specific.

Of course, here it goes without saying that we shouldn’t lie and exaggerate the real number, it isn’t a moral practice and nowadays, with the availability of information on the Internet, we may even be discovered if we lie.

And there’s nothing more efficient to destroy customers’ trust and sink a business than to be caught lying.

In literature, to use a variety of adjectives is what will often endow a passage of a book with poetry and literary beauty. Like in this example, from The Time Machine:

Time traveller (because it is convenient to call him that when talking about him) exposed us to a mysterious question. His grey eyes gleamed with sparkles, and his face, usually pale, was lighted and animated. The fire burned brightly and the soft glow of the incandescent lamps, in the form of silver lilies, caught fire in the bubbles that flashed and rose into our cups.

However, in digital language, adjectives are tedious most of the times, because they slow down the reading and in many occasions, don’t contribute much to the message.

Digital language, and especially the one used to sell or inform, must be quick and precise in order to hook the reader from the first moment and not let him go. Let’s see an example:

Red car, very long and powerful, which runs flush with the road and whose appearance is magnificent, impressive and luxurious.

In the previous sentence there are too many adjectives, it slows down the message and it makes the attention wander away. How could we rewrite it?

Digital language has to quickly generate an emotion so we don’t lose the reader’s attention.

I’m not saying that you should completely avoid using adjectives, sometimes they may be necessary, but you shouldn’t use them a lot, try to replace them with verbs and nouns that communicate what you want to say more precisely.

Like adjectives, adverbs slow down the text and make it thick: quickly, correctly, probably, badly, well, a lot, a little, etc. They are words that complement verbs and adjectives to give them a greater meaning but turn the text dense.

While they can help to give a greater precision in the description and to intensify the impact, the reality is that they make the text soggy.

And you know, the more dense a text is, the fewer chances you have that the reader will stay to read it to the end. People are in a hurry and you have to make it easy for them not to go elsewhere.

Replace adverbs with action verbs that give the message a precise meaning or an adjective that replaces two words. Because that is another of the premises of digital language, you have to save on characters and say the same thing using as few words as possible.

Let’s look at some examples:

Instead of saying “walk very fast”, you can say “hurry”.

Instead of saying “very nice”, you can replace it with “special”.

Focus on saying with as few words as possible what you want to convey to your ideal customer, using words that grab the attention and provoke a feeling.

“Our designs are incredibly attractive”

“Designs that leave a mark”

Some expressions are used so much that they have lost all their meaning and make your potential customer run away.

Lately, we heard a lot, especially in advertising and digital marketing, that originality is overrated.

It’s true that nothing has come out of nowhere and that every creation has been inspired by other things that already existed, moreover, every artist has relied on works that they admire to project their creativity and produce their own work. Austin Kleon nailed this concept in his famous book Steal Like an Artist.

However, there are expressions that someone devised at a given moment which worked quite well back then, but by hearing them millions of times later, they have lost their meaning.

Sometimes people repeat expressions thinking they sound professional and convincing, but in reality, they aren’t moreover, they produce the opposite effect, they make people yawn.

Let me give you an example. Which of these two phrases do you think is more persuasive?

“Aki mattress, the firmest on the market”

“Aki mattress, even your children bouncing won’t deform it.”

The first sentence conveys nothing because it’s an expression that has been used hundreds of times, while the second is original and provokes an emotion; when reading, it comes to our mind, either the image of us bouncing on our beds when we were little, or more recently, that of our children if we have them.

Let me give you another example to settle the concept. Which of these phrases is more convincing?

Think of concrete examples or situations to demonstrate what you say without resorting to hackneyed expressions that convey nothing. Your customers (and your income) will thank you.

I’ve left the most important point for the end so, if you forget all the others, you can at least keep this one. Pay attention to your spelling as if your life depended on it.

People no longer read books and communicate through WhatsApp by cutting words and neglecting spelling.

But, let me tell you something, you can lose a sale if the person who has landed on your website sees spelling mistakes in your texts, simply because he will lose all respect for you.

Not only do we buy a product because we need it or like it, but because the brand that sells it seems serious and conveys trust. Would you really trust someone who writes “definetely” or “acomodate”?

Surely not, so pay close attention to how you write. Nowadays there is a vast variety of resources that make spelling easier, such as free auto proof-readers, word processors, Apps, etc.

But these are not 100% infallible, so you should always reserve some time to edit your text patiently, read it all over again at least twice to make sure no mistakes have sneaked in.

If possible, ask someone you trust to write without errors, to read the text, because as they say, four eyes see better than two.

Words are a very important part of your business, they can make you sell like hot cakes or produce a more terrifying silence than in the film A Quiet Place.

Pay attention to your words and try to sound natural, without overstated expressions or empty words.

The texts on your website should be like a conversation with your ideal customer; imagine that this person comes into your shop or office and asks you about your product or service.

What would you do? Wouldn’t you try to convince them of the benefits of your product in a clear and simple way? Wouldn’t you answer their questions and give examples? Wouldn’t you be honest about its features?

Well, that’s how you have to write the copy of your website, as if it were a conversation with your best customer.

If you still have doubts about how to write sales copy, send me a message and we will take a look together.

See you next time!

I write copy that hooks into prospects minds for businesses without borders. I live in the Netherlands, but I write everywhere. My favourite pastime is to crush zombie copy and turn it into words that sell.
← Examples of outstanding websites
Being original on Internet →